Do you know the total length of the Great Wall in China? You might be surprised to learn that it is 13,170 miles long. It's not a single wall, but actually a series of multiple walls, trenches, towers, and fortifications that spread along the northern portion in China. The Great Wall in China is made up of a combination of materials, such as stones, bricks, wood, chalk, lime, and gravel. It was constructed to protect China from foreign invaders. Apart from protecting the country during different wars, the wall also plays a role in controlling immigration and emigration. Over time, the gigantic length of the wall has also earned it various informal names. In many poems and literary works, the Great Wall in China has been called 'The Earth Dragon.' 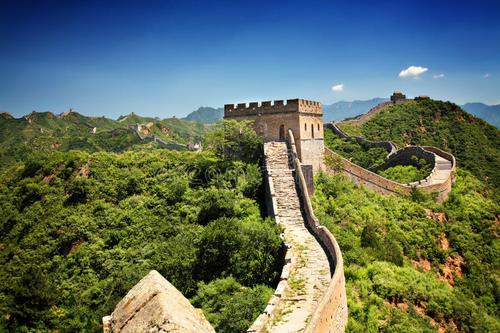 The Lengths of the Great Wall in China

The Provinces Covered by the Great Wall in China

The wall segments cover the northern provinces in China and spread a long way, connecting the east part to the west side in China. These provinces are Beijing, Tianjin, Hebei, Shanxi, Inner Mongolia, Liaoning, Jilin, Heilongjiang, Shandong, Henan, Shaanxi, Gansu, and Qinghai.

The Remarkable Lengths by Chinese Dynasties 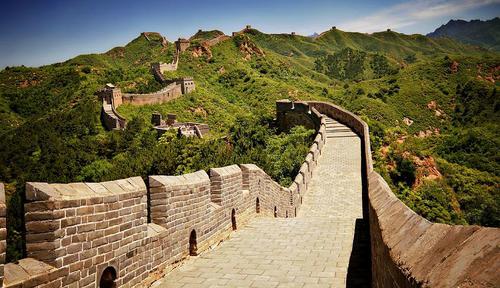 The beginning of the wall construction occurred a long time ago, somewhere around 300-200 BC. However, the first major contribution of around 3,100 miles was in the Qin dynasty from 221 – 207 BC. It was done under the rule of Qin Shi Huang.

When the Qin dynasty lost its power, it led to the downfall of the Great Wall. After the Han dynasty took over in 202 BC – 220 AD, their work mostly included the renovation of the damaged wall and increasing the total length to 3,728 miles.

Basically, the collection of border tribes, the Northern Wei dynasty, 386 - 534 AD, took responsibility for the reconstruction of the wall for protection from enemies. They extended the length of the Great Wall in China by another 932 miles.

During the 550 – 618 AD period, the Sui dynasty continued the work. Their contribution led to the formation of another 932 miles long section of the wall.

In 1115 – 1234 AD, a total of around 1,200 miles of the wall segment was built along with restoration work of the old and damaged extensions of the Great Wall. 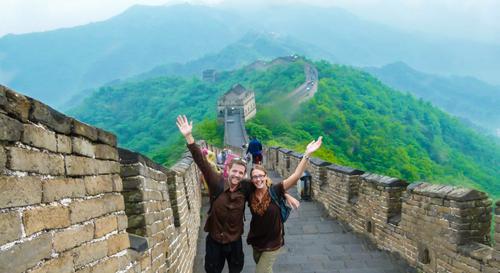 New Findings of the Great Wall in China

The Great Wall in China is officially 13,170 miles long. It has been repaired and constructed by various dynasties. Instead of being a single structure, it is a collection of various wall segments. New discoveries are amounting to the increased extensions of the wall.